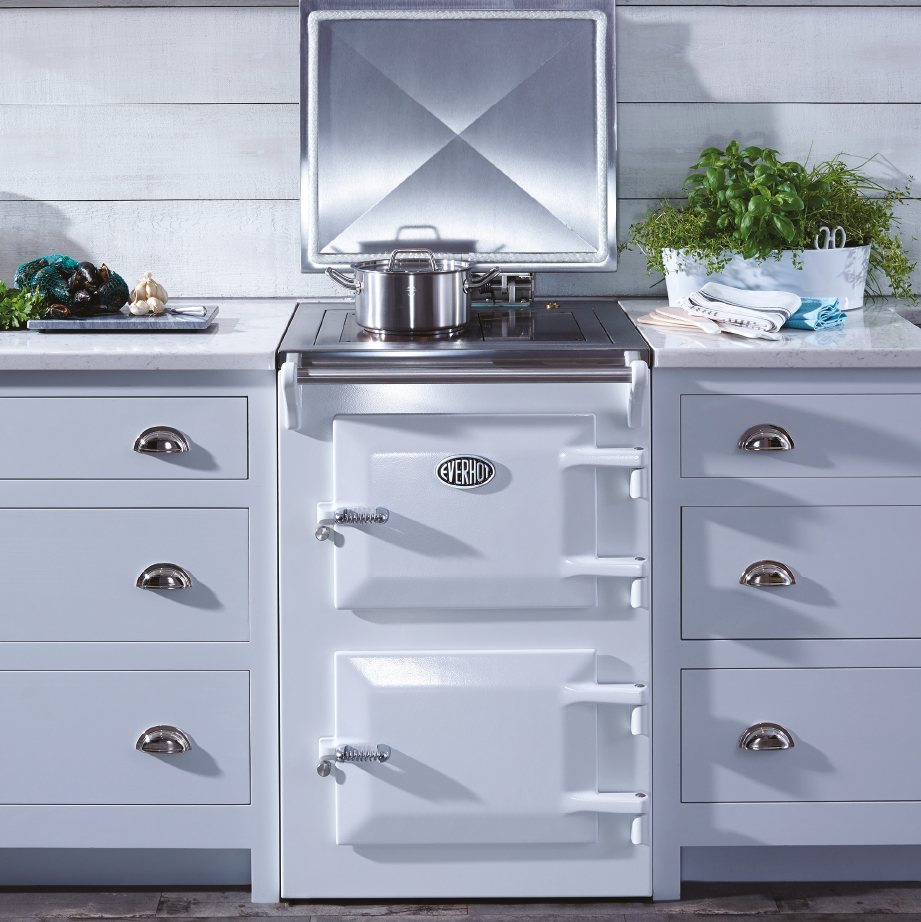 The Everhot 60 Series cooker was the first model and was an immediate success when it was launched 40 years ago. The Everhot 60 has an enduring and broad appeal which is especially popular for homes where space is at a premium.

Being so compact you might expect some compromise, but nothing could be further from the truth. Yes it’s small, but it’s also perfectly formed, and it comes packed with features that put larger competitors to shame.

With its two large ovens, cast iron hot and simmer plates and integral grill, the Everhot 60 series cooker has more capacity than many of its larger competitors.

Town or country, this is the perfect choice for the smaller kitchen since the 600mm width will fit a standard 600mm wide cooker space. Installation is incredibly straightforward since neither flue nor reinforced floor is needed and it simply plugs into a 13 amp socket, keeping any disruption to a minimum.

Got A Question? Get In Touch

Meet the Manufacturer at our Best of British Event! Mike from Charnwood Stoves will be here TODAY to answer all your Charnwood questions! *FREE* Goodie bag with every Charwnood stove ordered too! @CharnwoodStoves #madeinbritain #britishmade #woodburningstoves pic.twitter.com/cqzShguqXg

@ZestOutdoorLife We are your Zest retailer in North Wales 🏴󠁧󠁢󠁷󠁬󠁳󠁿

Our 'Best of British' Event Starts TODAY! SAVE up to £200 on wood burning stoves even more than our usual unbeatable prices! EXCLUSIVE Offers on Range Cookers including AGA, Everhot, ESSE & Rayburn Don't miss our event and support British Manufacturers! pic.twitter.com/ZXMoqJU1GL

About 3 weeks ago from RN Williams's Twitter via TweetDeck